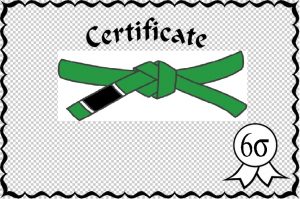 What is six sigma green belt training? It enables trainees to become better team members, and thus thisgreen belt certification is geared towards employees who are part of small, focused projects.

In addition, the Green Belt does not require full time commitment, which is the case in higher level programs like the Six Sigma Black Belt. However, each organization will vary and there is no set module for implementing Six Sigma which sometimes cause people to question, what is six sigma?

To better answer the question, ‘what is six sigma? There are 2 major objectives when individuals pursue a Six Sigma Green Belt, namely:

Moreover, as part of the Six Sigma DMAIC approach, Green Belts lay the groundwork when it comes to collection of data, as well as the application of various solutions.

To further explain what is six sigma, during a Six Sigma training session, skills to be taught are divided according to the qualification. As far as Six Sigma Green Belts are concerned, they are trained to use the Six Sigma approach when it comes to problem solving. This specifically involves training in statistical tools that help companies to research data and analyze it to devise solutions.

As in all Six Sigma qualification belts, a Green Belt can seek employment in various industries. Major industries include:

Note that the Green Belt, like other Six Sigma Belts is mainly used in the manufacturing industry, but the skills taught during the program can work in all occupations.

Who Benefits from a Six Sigma Green Belt?

First and foremost, getting a Six Sigma Green Belt certification benefits the trainee. The capabilities and thinking skills ingrained during Green Belt training enable individuals to expand their career opportunities.

However, companies can also benefit from Green Belt employees, as they can perform the following functions:

Who Should Go for a Six Sigma Green Belt Certification?

The only prerequisite for the Green Belt certification is a general understanding of Microsoft Office software, such as PowerPoint, Word, and Excel, In addition, the individual should have a basic computer knowledge. Even students can achieve Green Belt status by completing the required project for a nonprofit organization as a volunteer.

Enroll Now For The Upcoming Classes

Also note that Green Belt certification only requires part-time involvement in most cases, which means that you will still have to fulfill your personal and vocational responsibilities even while on training.

What is Six Sigma Testing Methods?

One of the ways to understand what is six sigma is to understand the testing methods used. Master Black Belts use a variety of methods to ensure Six Sigma Green Belt competence is achieved. This includes testing both the theoretical knowledge as well as hands-on understanding of trainees. Hence, you have to remember terminologies, patterns, and sequences to show mastery over Six Sigma analytic tools. Your aptitude would then be tested by exam and/or a live project.

What is Six Sigma and Where to Get a Green Belt?

Your company may facilitate your training, but you can always learn independently by paying training agencies. Nowadays, even online programs provide Six Sigma Green Belt certification.

Note that Six Sigma certification does not adhere to a fixed quality standard, and the value of the trainer and training organization will determine how industries will evaluate your certification. Remember this because it is a common issue that makes people wonder what is six sigma. This is why finding a quality program with exceptional Master Black Belt instructors is so critical to your Six Sigma Green Belt success.